Skip to Content
Home English Yearbook of Muslims in Europe 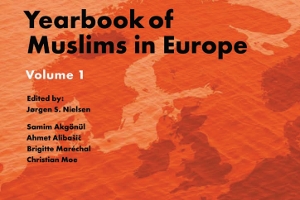 The presence of Muslims in Europe has attracted increasing attention over the last two, three decades. Researchers started devoting attention to the subject during the mid- and late 1980s. In the last two decades it has also attracted growing political attention and public debate.

The events of 11 September 2001 in New York and Washington DC, followed by a number of other terrorist attacks, dramatically increased the general interest in Islam and Muslims, now often driven not only by security considerations, but also by social apprehension. It has become clear from these events that there is a serious lack of reliable and up-to-date information about the situation of Muslims in individual European countries.

Answers to simple questions, such as “How do (other) countries deal with Muslim burial?”, “Which countries have Islamic schools, and how do these function?”, or “Do other European countries make space for Islamic family law?” are not easily found. Things are changing rapidly and published data is quickly becoming outdated.

The Yearbook of Muslims in Europe will provide an up-to-date account of the situation of Muslims in Europe. Covering 37 countries of western, central and south-eastern Europe, the Yearbook will consist of three sections and will be supported by additional material on a website. The first section presents a country-by-country summary of essential data with basic statistics with evaluations of their reliability, surveys of legal status and arrangements, organizations, etc. providing an annually updated reference source. The second section will contain analysis and research articles on issues and themes of current relevance written by experts in the fi eld. The fi nal section will provide reviews of recently published books of signifi cance.

The Yearbook of Muslims in Europe will be an important source of reference for government and NGO offi cials, journalists, policy makers as well as researchers.

Jørgen S. Nielsen, Ph.D. (1978) in Arab history, American University of Beirut, has researched and published extensively on Islam in Europe, including Muslims in western Europe (3rd ed., Edinburgh University Press, 2004). He is currently Professor of Islamic Studies at the University of Copenhagen.

Samim Akgönül, historian and political scientist, is Associate Professor at Strasbourg University and researcher at the French National Center for Scientific Research (CNRS). He studies the evolution of minority concepts as well as religious minorities in Eastern and Western Europe.

Ahmet Alibašić, M.A., is a lecturer at the Faculty of Islamic Studies, University of Sarajevo, and director of the Center for Advanced Studies in Sarajevo. He was educated in Kuala Lumpur (Islamic studies, political sciences, and islamic civilization). He also served as the first director of the Interreligious Institute in Sarajevo (2007-2008).

Brigitte Maréchal, Ph.D. (2006) in sociology, graduated in political sciences and islamology, is Professor at the Université Catholique de Louvain. She is director of Cismoc (Centre Interdisciplinaire d’Etudes de l’Islam dans le Monde Contemporain) and has published extensively on European Islam.

Christian Moe, Ph.D. candidate, history of religion, University of Oslo, is a freelance writer and researcher in Slovenia, focusing on Balkan Muslims, human rights, and religious reform. He is co-editor of New Directions in Islamic Thought (I.B. Tauris, 2009).