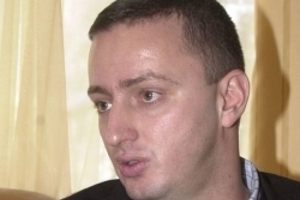 To all participants of the International Police Congress; the EU Justice ministers and Ministers of Foreign Affairs; EU-, US and Serbian institutions in Serbia and the Republic of Srpska; the Bosnian government and Bosnian institutions

Our human rights organisation wishes to draw your attention to the dubious activities of Dr Darko Trifunovic, of the Faculty of Security Studies of the University of Belgrade.

Dr Trifunovic is a self-proclaimed “expert on Islamist terrorism” in the Balkans. Among other things he claims that Islamist terrorism has deep roots in Bosnia and Herzegovina, a country now largely at peace with itself once again but which he maintains is the base of what he refers to as the “White Al-Quaeda”. These claims have been dismissed as frivolous and unsubstantiated not just by Bosnia’s state-level special police agency, the State Information Protection Agency (SIPA), but also by EUFOR (the European Union Forces in Bosnia and Herzegovina) and EUPM (the EU Police Mission in Bosnia and Herzegovina). Not surprisingly Trifunovic was recently obliged to withdraw from the 11th European Police Congress in Berlin (29-30 January 2008) which he had been invited to address.

Dr Trifunovic has been guilty of misleading the public on a number of occasions. In a report published in 2002 he accused the wives and mothers of Srebrenica of filing falsified reports about missing relatives and alleged that “less than 100 Muslim soldiers” had been executed at Srebrenica. These observations flew in the face of the finding by the International War Crimes Tribunal for the Former Yugoslavia (ICTY), subsequently confirmed by the International Court of Justice (ICJ), that the killing of over 8,000 Bosniak men and boys by Serb firing squads at Srebrenica in 1995 constituted an act of genocide. To date 2907 victims have been interred in the cemetery at Potocari and more bodies continue to be found.

Since the start of the Yugoslav wars our international human rights organisation has been campaigning on behalf of the victims of expulsion, genocide and other war crimes. We continue to work closely with the Mothers of Srebrenica and other victims’ organisations. We speak for them as well in expressing our outrage at the way international bodies refer to Dr Trifunovic, a man who publicly denies that genocide was perpetrated in Bosnia and undermines efforts to bring about reconciliation and achieve closure for the crimes committed there, as a “security expert”.

Our protest is supported by Lord Paddy Ashdown, former High Representative of the international Community in Bosnia and Herzegovina, who has remarked to us “I am appalled that Trifunovic is still able to do so much damage”.

Accordingly we urge you to end all contact and co-operation with Dr Trifunovic with immediate effect.