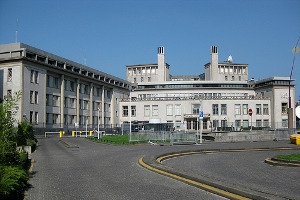 International Criminal Tribunal for the former Yugoslavia was established with its principal goal being punishment of those responsible for grave, widespread and flagrant violations of the international humanitarian law in the territories of the former Yugoslavia (SFRJ), and, especially, in the Republic of Bosnia and Herzegovina, including mass murders, mass, organized and systemic imprisonment camps, rape of women, ethnic cleansing and genocide the aim of which was to conquer and keep territories, which in and of itself represents a threat for international peace and security. The founding of the ICTY and its criminal prosecution of the persons responsible for violations of the Geneva Conventions and, otherwise, violations of the international humanitarian law was supposed to prevent such violations and effectively sanction same in accordance with Chapter VII of the Charter of the United Nations.

After almost fifteen years, Congress of North American Bosniaks, the umbrella organization of some 350,000 Americans and Canadians of Bosniak descent, believes that ICTY is a unique and perhaps the best institution in the domain of the international law. CNAB states that ICTY has not been able to fulfill its mandate without cooperation of the states of the former SFRJ.

The most significant support to the working of the ICTY has been provided by witnesses – victims of crimes, as well as the documentation from the archives of the states established following the breakup of SFRJ. Today, after fifteen years of the ICTY?s work, it is evident that the states of the former SFRJ, in their cases before the ICTY, have resorted to demand protection from the process, and the public, of their documents which documents were submitted to the ICTY with great restrictions during all of these years. It is difficult to accept today that the ICTY has become party to such protection of documents. What are those security, national or state interests, stored in the archives, that the witnesses-victims and the public at large can not put their hands on after all those years?

One of the reasons for the creation of the ICTY was, and still is, processing and sanctioning of those responsible for crimes with a view of re-establishing the trust between peoples, determining the truth about all crimes, as well as transparency in its operation. Today, fifteen years later, the ICTY is party to hiding the contents of the documents from the archives of the former Yugoslav republics.

It is evident that such documents have found their way into the public domain and are being published in various books, virtually rendering the insistence by the ICTY to continue protecting such documents laughable.

As Justices of Peace you are certainly aware that systems of justice in newly created states continue to process tens of thousands of those responsible for crimes. Their own justice will suffer due to lack of evidence which is being hidden by the ICTY.

Keeping in mind your engagement to date, to completely fulfill the mandate of the ICTY and that the ICTY would no cease without apprehending and prosecuting Karadzic and Mladic, we take it that we have directed this letter to proper address and ask of you to deliver this letter to all of the Justices of the ICTY.

CNAB asks of all of you to act in the interest of truth and justice.

President of the Board of the Congress of North American Bosniaks